Nick Barran donates the proceeds from his sailing article to BeatSarcoma 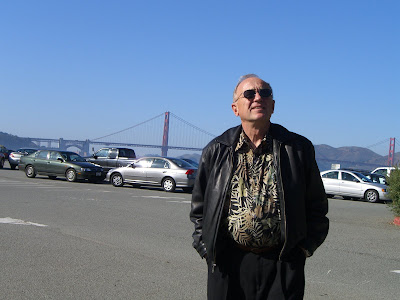 Nick Barran is a veteran sailor with considerable offshore experience. His boat, the ILC 40 Mureadritta's XL competed in the 2006 Pacific Cup. Nat, our founder was helping Nick deliver his boat back to San Francisco from Hawaii, after the race, when a sperm whale rammed into the yacht and sank it, 500 nautical miles North of Hawaii.

Nick was extremely well prepared for such an emergency - he had all the required communication and evacuation equipment. The crew drifted for a day on a liferaft before being picked up by a container ship. Everyone made it safely back to land a few days later, and the experience created strong bonds between the crew of four: Nick, James, David and Nat.

Nick's superb seamanship could serve as a model for many a-sailors to come and he shared his experience through an article for Cruising World. You can find more information on the Cruising World website.

Nick donated 100% of his compensation as a guest writer to BeatSarcoma, and the Cruising World editor kindly added a mention of Nat's fight to alert its readers to the cause. In his words, he would do 'anything to help'.

Like Nick, you can inspire others and build on something that you like doing, or do routinely to raise awareness of sarcoma, or contribute funds to research. Everything counts, there is no such thing as a small gesture - everything is grand on the scale of generosity.

On behalf of all sarcoma sufferers, their caregivers and the research and medical community that supports them, thank you Nick!
Posted by Nathalie Criou Racing at 2:39 PM