This year's Sarcoma Cup will be sailed for Andrew

Participants in the Sarcoma Cup '08 will celebrate Andrew's courage. Andrew is a local junior sailor who was diagnosed at 15 with osteosarcoma in his left humerus in November 2007. Osteosarcoma is a form of hard-tissue sarcoma, arising in the bones. He began induction chemotherapy four days later. His initial MAP protocol involved 3 chemotherapy cycles of doxorubicin/cisplatin/methotrexate, followed by resection 'reverse total shoulder' reconstruction surgery on his left humerus and shoulder.

The surgery was quite successful and Andrew retains a fair amount of motion with his left arm.

After a 6-week recovery, he resumed another cycle of MAP chemo, then three cycles of Etoposide and Ifosfamide. He will participate in an clinical trial of R1507 starting the week of June 16 to help reduce his metastases. Andrew's protocol director is Dr. N. Marina, in pediatric hematology/oncology at Lucille Packard Children's Hospital at Stanford. 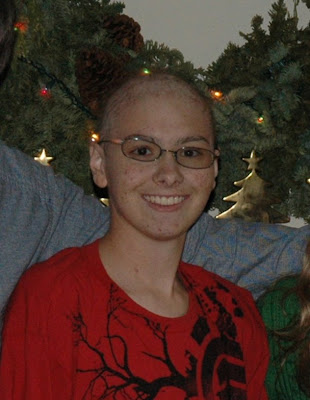 Andrew has always loved sailing, going out with friends on the SF Bay, to coastal sailing with Seacamp out of Santa Cruz, and Odyssey in the San Juans. His parents have been wanting to take him with Moorings to the British Virgins...He would be THRILLED to see his sailing family come out in numbers to show their support, as he will attend the event...and maybe even go out for a spin! 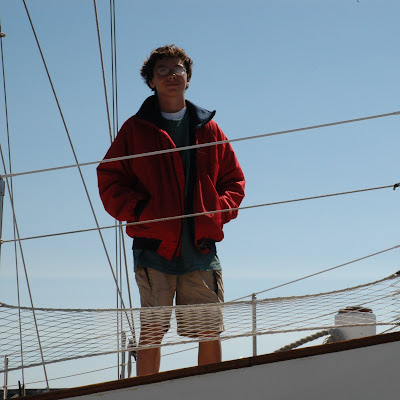 The Sarcoma Cup team is honored to have Andrew by its side to help build awareness for the tremendous need for funding for more sarcoma research, particularly for targeted therapies.
[Addendum Fall 2008 - Andrew passed away from osteosarcoma in October 2008. He was 17]
Posted by Nathalie Criou Racing at 4:15 PM